Regularly consuming small amounts of Somerset Cider Vinegar, diluted with plenty of water, can help considerably in the control of blood sugar levels.

If the body struggles to produce sufficient insulin, blood sugar levels can cause significant health problems such as heart attack.

Eating a carefully planned and healthy diet along with regular moderate exercise are the most reliable ways of controlling sugar levels (and guarding against Type-2 Diabetes) but drinking apple cider vinegar before eating can significantly reduce blood sugar levels.

A diet consisting of 50% vegetables is recommended – there are some foods that should kept to a minimum like sugar (obviously), fat and salt.

At Aston University (Birmingham, England) a team of healthy volunteers ate two bagels following overnight fasting and their blood sugar levels were measured before and after the meal. As you would expect, there was a massive and rapid increase in blood sugar after the bagels.

The following day the same group drank diluted dose of 40ml apple cider vinegar before they ate their bagels and the resultant sugar levels in of the volunteer's blood dropped by an average of 36% over an hour and a half.

"The resultant sugar levels in of the volunteer's blood dropped by an average of 36% over an hour and a half."

The results of the study were aired on the BBC 2 television programme 'Trust Me I'm a Doctor'.

No effect from Industrially-Made vinegar

The effect of cider vinegar in reducing sugar levels is normally explained by the presence of acetic acid which is thought to suppress the breakdown of starches. To find out the Aston University study also conducted the same experiment with supermarket industrially-produced vinegar but it had no effect whatsoever! There has to be something special about those cider apples!


Another study has shown that consuming 20ml of natural cider vinegar before sleeping will reduce fasting blood sugar levels in the morning by 4%.

Somerset Cider Vinegar is different from supermarket apple cider vinegars in that it is made from 100% pure CIDER APPLE JUICE that has been traditionally fermented for at least THREE YEARS. Genuine cider apples have much higher levels of antioxidants and tannins than eating apples.

Most supermarket apple cider vinegars - even if they are marked organic - are made industrially in a SINGLE DAY using discarded eating apples and imported concentrate. They are fermented by forcing compressed air and synthetic nutrients into acetic acid bacteria. This process does not allow for the creation of the vinegar 'mother' that is so important. 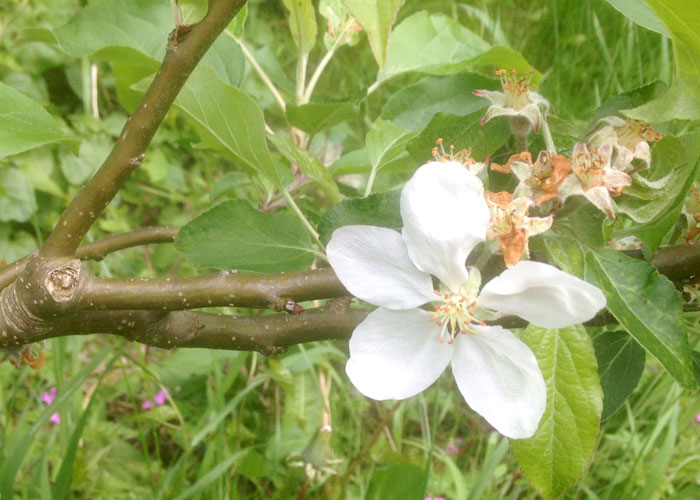